The global scenario: the increasing of global warming 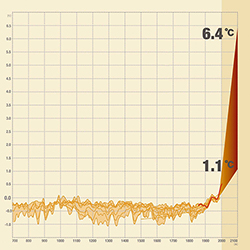 The increasing of carbon dioxide concentrations (CO2) in the earth's atmosphere is considered one of the main factors that cause global warming.

The average temperature of our planet grew by over 0.8°C in the last century, with climatic changes and consequences. It has been estimated that the global temperature could rise between +1.1°C and +6.4°C by 2100.

The global scenario: the main sources of CO2 emission 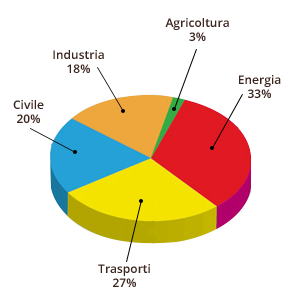 Fig. 2 shows the CO2 sources in Italy. As it can be inferred from the graph, the energy, transport and civil (residential, tertiary, etc) sectors are among the main sources of CO2 emissions. In particular, the civil sector represents 20% of the total amount of CO2 emitted. With so many people spending time at home or at work, it is not surprising that buildings boast such a high percentage of impact. In buildings, the energy consumed for (summer and winter) air conditioning and production of hot water represents the highest percentage of total primary energy consumed. In this global scenario, it is possible to infer that there is a great potential to reduce the energy used through more efficient buildings and dwellings, using performing air conditioning and hot water production systems. Mitsubishi Electric boasts a fundamental role in this sector, presenting the heating solutions of ECODAN® series.

The Italian scenario: the RES directive

In order to face the problems relative to global warming, the RES (Renewable Energy Sources) Directive was issued at European level, which sets the energy production objectives from renewable energy that each single state member must attain by 2020. For Italy, this quote on the gross energy final consumption amounts to 17%. In order to meet these requirements, a Legislative Decree (no. 28/2011) was issued, which foresees the introduction of the following limits with regards to new buildings or significant restructuring projects: thermal energy production systems must ensure 50% coverage through renewable resources, of the consumptions foreseen for domestic hot water and following percentages concerning the sum of the consumptions foreseen for domestic hot water, heating and cooling:

Constant commitment in research and development

During the last few years, the need to be more aware of the use of energy and more responsible towards the environment, has become more important for all of us. As leader manufacturer of air conditioning systems, Mitsubishi Electric is constantly involved in the research and development of new products to satisfy and exceed the increasing market demand in terms of efficiency, energy saving and reduction of consumptions. For this reason, Mitsubishi Electric is proud to boast among its solutions, the best innovations available on the market for air conditioning, heating, production and control of hot water for the tertiary, commercial and residential sectors, called Ecodan.